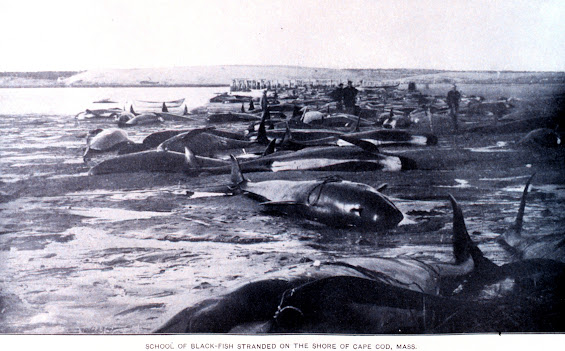 Betwixt Deep Country and Deep Water lies the Dead Shore. A long coastal region of mudflats and wide beaches, it is littered and piled with the decaying corpses of huge whales, strange squid, and all manner of sea creatures.

People to meet while traveling along the Dead Shore.

- Will pay for creatures they haven't seen before

Crustaceans searching for a meal.

- Won't bother you unless threatening or particularly tasty

- Will take at least an hour for them all to pass

Thugs out on orders, looking for a particular oddity.

- Will confiscate anything particularly weird or interesting looking

- Might try to haggle with the party for supplies

- Will steal shiny items and run off

Will harass you and steal food.

- Fly out of the way of attacks

Built around the carcass of a truly titanic whale which has been carved out to become the towns pub, market, and local meeting hall. Shanty huts and tents sprawl out to surround it. The bone pickers and gut collectors who roam the Dead Shore meet here to trade their goods.

The town is noted for its fermented whale meat. A delicacy in Bastion and a hated meal here.

The players as newcomers to the town are likely to be accosted by Micky Putt, a child around twelve years of age, who will offer to take them to the Wreck of the Psychi for salvaging purposes.

Literally a whale's stomach. The most prominent and only pub on the Dead Shore. The bartender is a loud old fellow by the name of Punch Up Prester who lacks a leg but possesses a nasty right hook. The place smells of rot and strong spirits.

Missing a leg, walks with a cane/thumping stick.

- Cannot speak quietly no matter how hard he tries

A squat building constructed of cut timber dragged down from higher up the shore. Ms. Lilly and her employees spend their time rending down fish, seal, and whale fat into a foul smelling soap that they sell in Bastion for a pretty penny.

A once wealthy Bastiard pursuing rumors of a powerful oddity. He and his gang of thugs have been harassing the residents of Carrion Town for months. They are currently encamped outside town.

Dressed in a winged top hat.

- In reality, he is unable to pay his thugs in full

Wears sturdy trousers with her suspenders.

- Oher thugs defer to her as unofficial leader

- Quite cunning and well spoken

An oddity possessed by Lord Canard. A CHA save is required of anyone within hearing range of the person eating one of these coins. If failed any lies about promised wealth and reward spoken by the eater will be believed. There are 3 coins left.

A particular quirk of the currents and the coast's topography piles the carcasses in great numbers here. So many whales, seals, sharks, squid, and fish are deposited here as to form a foul-smelling landscape of rotting meat. Valleys and ridges and even caves are formed by the decaying masses.

On occasion the area is rocked by violent explosions caused by the buildup of gases from decomposition.

In addition to scavenging crabs, carcass squid, and bone pickers a massive elephant seal called Mean Arnold has made its home here. Travellers best be wary or be faced with an territorially 9000 lb seal spoiling for a fight.

Massive scar across the chest.

- Will fight anything and everything in sight

- Has a sweet tooth for fermented whale meat 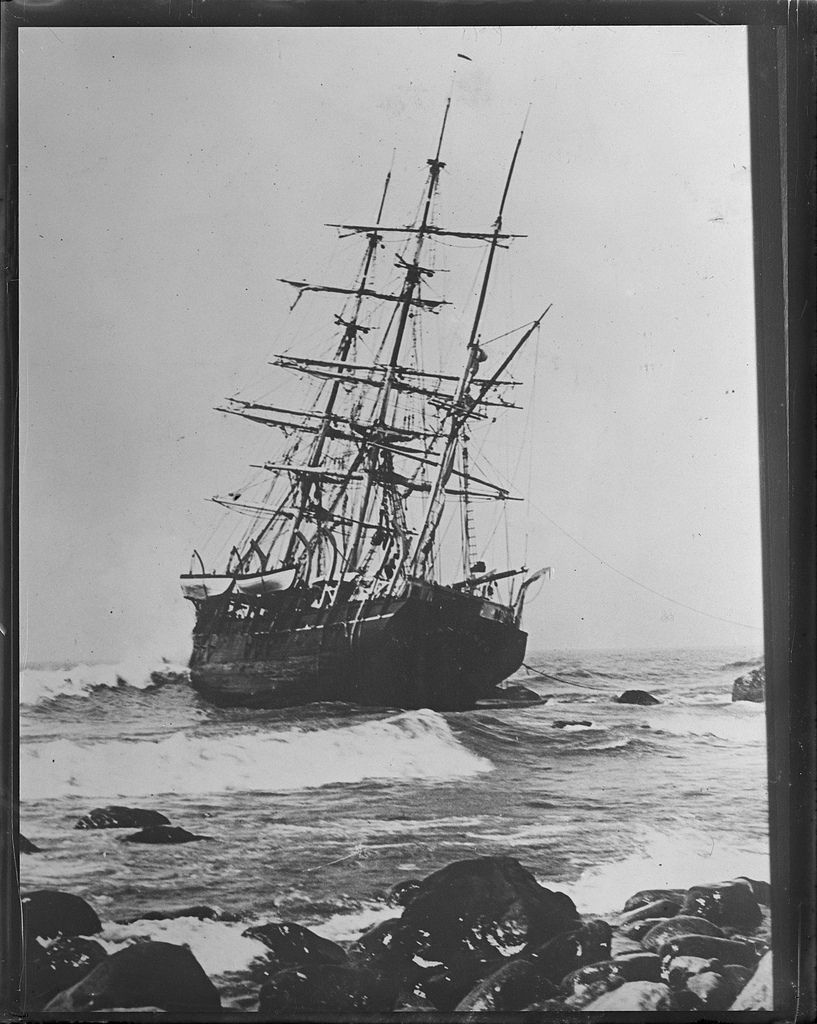 Wreck Of The Psychi

An ancient whaling schooner; run aground for several years. Only a few hours walk from Carrion Town but locals have been avoiding it as of late for it is reputed to be haunted. They are not entirely wrong.

The Psychi was once captained by Emily Winder, a familiar name to any Bastiard. Indicted in a voice-stealing scandal, she fled Bastion aboard the schooner after an exciting series of events that resulted in at least two large explosions and one tram crash.

Center of the whole affair. If a victim's voice is recorded, turned into a disc and played, they lose their speech. Until a new disc is played the phonograph will reproduce any words whispered to it in that victim's exact voice and vernacular. It does not come with recording equipment.

Currently hidden in the captain's cabin next to Winder's corpse.

The culprit behind the reported hauntings is Micky Putt, an orphan who has hashed out a deal with the pod of Clever Carcass Squid living in the wreck. Micky hangs around Carrion Town looking for newcomers, then offers to lead them to the wreck for salvaging.

Upon arrival they promptly disappear and use the phonograph to scare the would be salvagers while the octopuses steal their valuables.

- Acts as innocent and charmingly childish as possible

- Can be fairly reasonable however, and willing to adapt

More of a pile than a tower, really. A tall, teetering edifice of old grey driftwood built above the tide on a rocky point. One can just barely make it out on the horizon from Carrion Town, a good day's journey away.

Within, the tower is hollow all the way through but at the base a staircase winds down into the rock. Beneath is a small labyrinth of tunnels inhabited by a dying Machine held together by a patchwork of bone and seal leather.

The Machine will put intruders through traps and tribulations in a desperate attempt to drive them away. At the center of the labyrinth lies this oddity.

If broken, summons a Polyhorn Narwhal to the breaker's aid. They will demand tribute when done. If you pay it they will give you a new horn in return.

Thanks to Yochai Gal for helping edit the content!

Email ThisBlogThis!Share to TwitterShare to FacebookShare to Pinterest
Tags: bastionland, into the odd, settings