Behold! More highly subjective takes!
Galltrit
★★☆☆☆
Eh, not a bad creature, its got that parasite with anesthetic saliva thing going which is neat, but I find the aesthetic choice of a small wingéd humanoid to be kind of bland. Better off making them the parasites from Man After Man if you want to preserve the humanoid bit. Or just make them some kind of insect or leech.
Gambado
★★★☆☆
This creature is so wonky, it's basically a predatory, mobile jack in the box with a skull for a head. Bizarrely specific in design but also somewhat endearing. Just a liilllltttttlleee bit to wonky to get a four star, but its a fun little creature and Im sure someone could do something interesting with it. 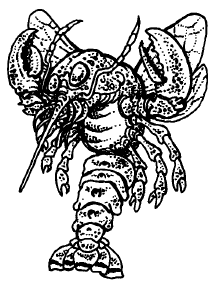 Garbug
★☆☆☆☆
An excellent name and a strange creature. It's a... flying lobster bug? That does... something? Unclear what the creatures gimmick is besides attacking people and being a lobster bug. And I like arthropods, but, ech, there's really not much here. Strong Aesthetic though.
Giant (category)
★☆☆☆☆
Doesn't provide any additional evocative inspiration or information about giants. 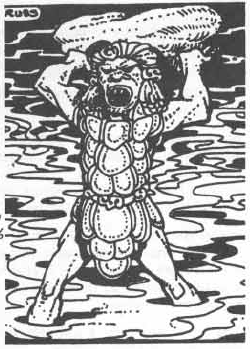 Fog Giant
★★★★☆
I really like these fellas. Milky white-grey giants with jet black eyes that hide in fog and have massive ornate swords they love. Excellent descriptors. The only thing that would make them better is if they had to permanently inhabit the fog and could not leave it and had massive fog palaces or something (maybe a land of fog just adjacent to reality). 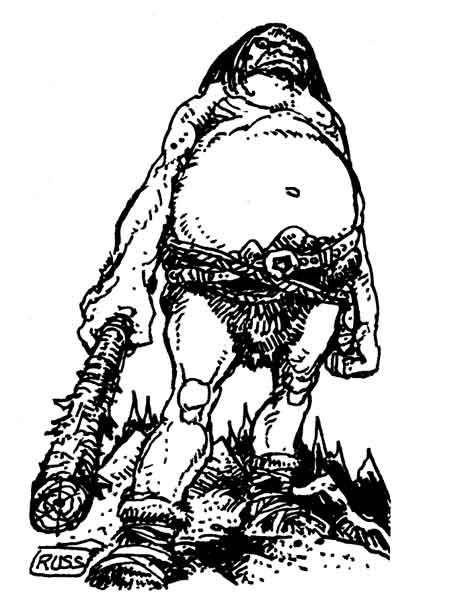 Mountain Giant
★☆☆☆☆
Unfortunately the mountain giant really can't compare. How is this entry different from a hill giant except in a few stats? The illustration is fun, but again it's not really different from the hill giant in anyway (and I have to mention the hill giant since the text literally mentions hill giants).
Giant Strider
★★☆☆☆
This is a bird apparently. It sneezes fireballs. I have an extreme and irrational dislike for it.
Gibberling
★★☆☆☆
Not my favorite, the only distinct thing they have is their shrieking, gibbering (which makes me uncomfortable to be honest) otherwise their just murderous humanoids. Make them really tiny or something. IDK. 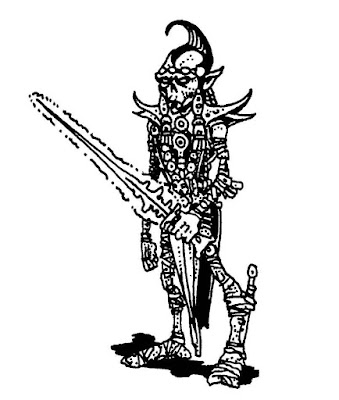 Githyanki
★★★★★
I love the githyanki, I love them a lot. They're an entry that really hits that spot of evocative yet open for all sorts of creativity. It suffers a bit from the typical gygaxian bloat, but if you ignore that its wonderful. They've got space boats. Space Boats. And Space Castles. I love the tidbits about them being escaped mind flayer slaves and the implied relations therein (though them being self-liberated slaves and being written as Lawful Evil... doesn't sit well for me, but I don't follow such strictures anyhow). The 'special silver swords' are awkwardly named to say the least but otherwise kind of interesting. All around delightfully evocative and there's some good material to work with. 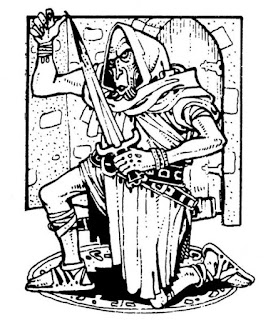 Githzerai
★★★☆☆
A good counterpart to the Githyanki, monastic where they are knightly, ascetic where they are baroque. The fact both are ruled by immortal deity-lords has interesting implications (perhaps they were once lovers?). However the description is a bit lacking in areas. A hint about the origin of they and the githyankis animosity would be nice. Myself, I'd really play the Githzerai (if I were to use them) as psionic mystics or the like, meditating monks holding together great astral fortresses with their minds.
Goldbug
★☆☆☆☆
It's a gotcha and not a particularly good one (especially when there's already mimics to use).
Gorbel
★★☆☆☆
I can't... I just... I can't... it's so goofy looking. Ahem, okay. So it's kind of a neat creature. It fixes itself to people's backs and can't be harmed by blunt weaponry. Apparently its just... Mischievous? It doesn't seem to have any motivations besides messing with people. Extremely bizarre.
Gorilla Bear
★☆☆☆☆
A gorilla plus a bear is one of the most boring combo animals I've seen in a while. Literally nothing about this excites me. 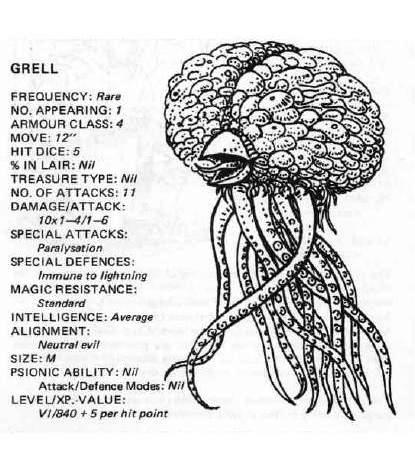 Grell
★★★★☆
Incredibly wonky, but in a very gonzo and fun way. You'd think it would have some kind of motivation concerning brains considering that it's a giant brain but apparently it just likes eating people.
Grimlock
★★☆☆☆
Hmmm, on one hand I like them, on the other 'degenerate savage underground race of humans' is... iffy territory. Details about the poor eyesight but excellent hearing & smell is good. As are how they interact with mind-flayers. Making them not enterally violent would improve things a heck of a lot. 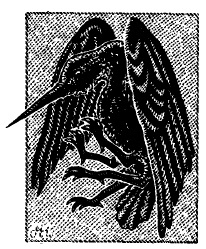 Gryph
★★☆☆☆
Besides being a multi-legged bird, the only gimmick this thing's got is the parasitic egg laying, something that the Assassin Bug in this very book already does. You could certainly spice the Gryph up by perhaps having it be sentient? I dunno. The Aesthetic feels very folkloric but it's written very naturalistically.
Guardian Daemon
★☆☆☆☆
Ech, this is one of those exhibits of old (and I guess current) D&Ds unnecessary taxonomy. Why must this be its own special category? Why can't someone summon any one of the demons/devils already around as a guardian? Its not like this entry has anything special to it to distinguish it (Though the illustration is fun). 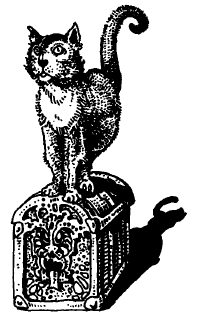 Guardian Familiar
★★★☆☆
Now this entity is a bit more fun, I like how it plays with a cat's nine lives. Though it would be interesting if the guardian cat was a bit more proactive (perhaps hunting escaping thieves down).
Hellcat
★★★☆☆
Okay, this isn't the greatest of creatures and it interacts with annoying alignment but the idea of a massive, tiger sized, invisible-except-for-a-fiery-outline, cat that just shows up and afixes itself to a party member is wonderful. You could just play up all the cat things. It leaves you mauled human corpses as presents. It sits on you and demands scratches. All the things. 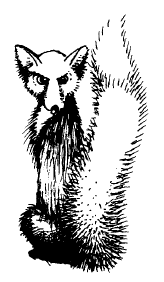 Hoar Fox
★★★☆☆
Not too bad of a critter. Has a valuable pelt. Breathes coldness. Pretty neat. It's a bit weird that they're so big though. They do feel a good bit folkloric so I might be inclined to use them in a game.

Hook Horror
★★★★☆
Incredibly gonzo and wack. Wonderful being. Up their with the Grell in utterly bizarre creature territory.
Hornet, giant
★☆☆☆☆
Bad. Demonizes a bug that is perfectly nice. And is also just a big version of a normal animal. Could have had cool thing about bribing a wasp with sugary fermented fruits, or even used one of those cool parasitic wasps. Wasps deserve better than this thing.
Hound Of Ill Omen
★★☆☆☆
Hmm, its kind of a fun creature, very foreboding and doom-y. But it also doesn't really provide any fun ways for the players to interact with it. It just shows up, curses you, then leaves. Feels like its intended as a way to 'punish' players.

Huecuva
★★★★☆
This is an excellent undead but it could use a bit more description of its behavior. Its clearly implied that it disguises itself (the polymorph self) but to what ends? Is it just trying to kill people or give them a 'acute cardiovascular disease'? Also the name is apparently taken from important entities in Mapuche culture, and as far as I can tell (but keep in mind I am no expert and this is just cursory web searches) doesn't really bear a strong resemblance at all. So I would personally rename the thing. But otherwise I quite like it and could see myself using it in a game.
Next up! I-J.
at January 31, 2021 1 comment: 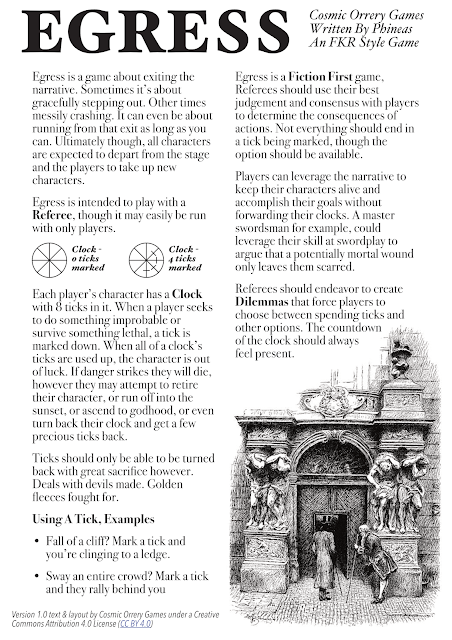 I made a game called Egress! You can find it here on my itch.io page.
Egress makes use of an 8 tick clock as its primary (and only mechanic). The intended affect is to create a game where players will eventually be forced to leave the narrative but on their own terms. Almost giving player characters a 'lifespan' as it were. I hope that such a tool will sharpen player goals (those specific goals being dependent on milieu and style of course) and encourage players to play multiple characters but on their own terms, while allowing them a chance to properly develop those characters. Or play them like stolen cars, crashing and burning as fast as they can if so inclined. But the key being that a player can play such a character either way in the same game. I hope anyway. Playtesting is in order.
In addition to the current systems document, I am working on Dungeon Egress which will be a good deal heftier (heh, compared to Egress proper at least) and feature some character creation procedures as well as advice on using Egress in a more OSR dungeon crawling treasure hunting manner.
at January 22, 2021 No comments:

If you've traveling upon the steppe you may have heard whispers of the Calythiop. A strange creature to be sure, camel bodied but possessing a human face and human hands. It is said to grant wishes. Shitty wishes. Really really shitty wishes. Most stories you hear of it recount how so and so's cousin was tempted by a Calythiop and then had drought for six months or so such. Still... Some people are desperate enough to strike deals with such creatures.
How does the Calythiop appear before you?
1. Whispering promises out of the darkness around your camp fire, only its face can be seen.
2. Swimming through your dreams as you sleep, showing you visages of your desires.
3. Following you, always on the edge of vision, waiting for you to confront it.
4. Sitting straight in your path, lazy moving its tail and picking its teeth.
5. Waiting for upon a mountaintop you feel inextricably drawn towards.
6. Being chased by the last person it screwed over with a wish.
What does it desire in return for your wish?
1. An incredibly rare golden furred marmot. Alive.
2. The magical amulet of a nearby wizard.
3. The flesh of your best horse.
4. The robes of a particular traveling holy man.
5. A tincture of a local noble's blood.
6. Your true name.
How does it screw you over?
1. Interprets your wish extremely literally: I wish I was rich, you become rich in the past tense.
2. Curses you with complications: a tax collector comes along and seizes all the gold you wished for.
3. Undoes your wish or takes the results back after a period of time.
4. Just straight up tries to kill you with how the wish is granted: gold brick hits you in the head.
** Authorial Note **
The legend of the Calythiop was first imparted by Ishthyromeda the steppe amazon to her friends whilst they travelled to an ancient mountain tomb. In the lands of the King Of Kings.
at January 09, 2021 2 comments: