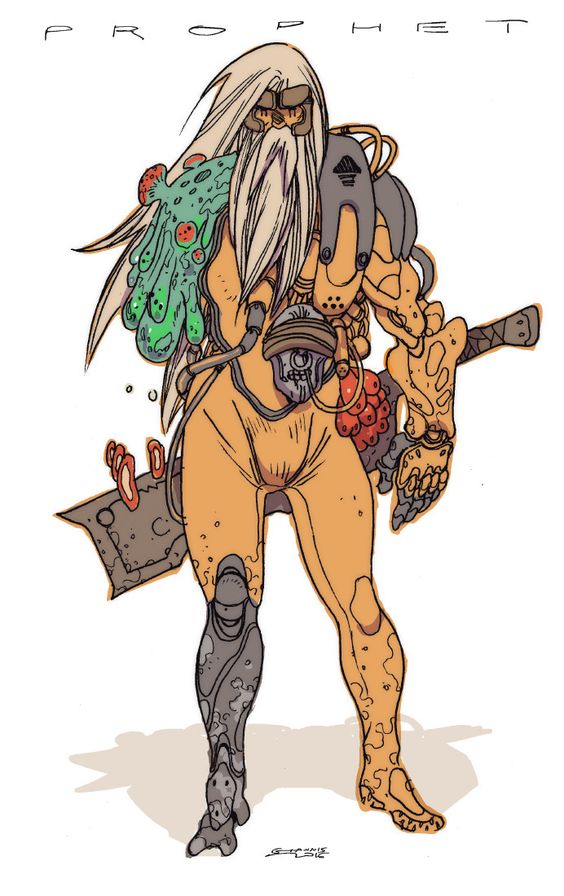 A collaborative (me and my good friend Wendi!) setting in the vein of d66 Classless Kobolds' challenge.
***

Context: Ever so long ago the old world of metal and machinery faded away into this landscape of growing, thriving, modifying mechanorganic beings. Picture abandoned skyscrapers covered in organ-vines, cities built in the shells of long-dead Leviathans, seemingly bottomless caverns made of pulsing flesh. Biotech gone wild.

Almost all the tech you’d think of as made of shiny steel has its organic equivalent here, or has been taken over and twisted by a myriad of lifeforms in their own image. Here, the post-apocalyptic landscape is not the home of robotic overlords, nor a barren desert wasteland, but a vibrant, biting world where wildly different biomes overlap in seemingly random patterns while humans try to coexist with the remnants of a prior civilization that relied entirely on biotechnology and organic manipulation. Feisty meat wizards, lonesome spider shepherds, durable gut-rope harvesters, wandering mantis bladesmen, and so many others, all are welcome in this world. Because nature is anything but boring.

d6 things you find in a Sarcomancer’s lair

d20 tech you can find here 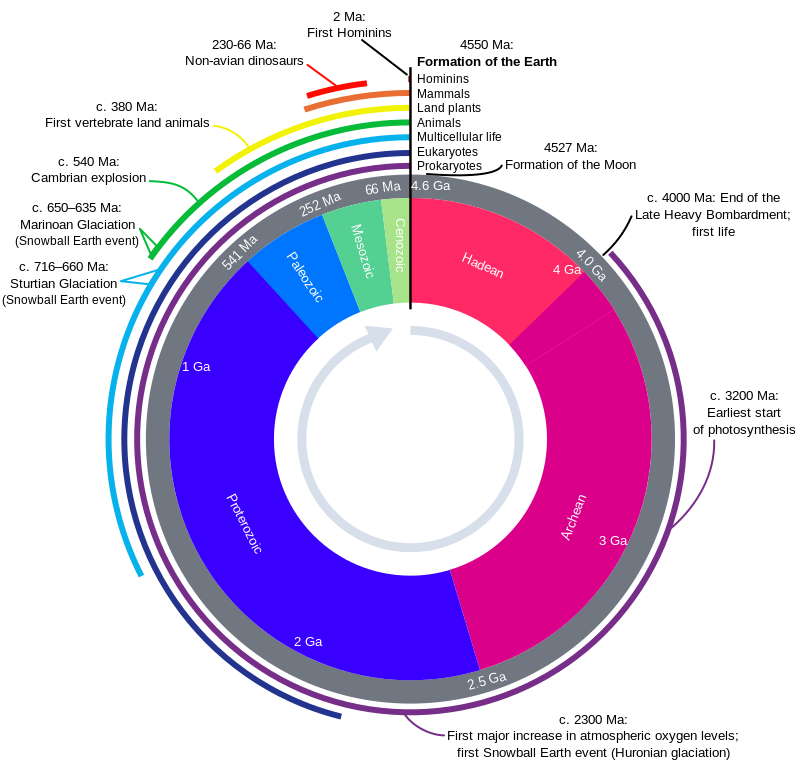 Answering the second part of Jojiro's Orthodoxies. The first answer can be found here.

Set 1, Using Your Own Words

Describe where you think the GM is trying to draw the players' focus to. Describe what you find the texture or tone to be.
5. The dungeoning entrance is kinda big even to the humans in the party, but it is positively looms over the halflings, like a bloated elephant. There's even trumpeting and general cacophony to match! It's a right circus in there.
Well the first sentence seemed to be a clear case of the GM trying to evoke a slightly a grand, bit grim tone, tinged with some dark humor... then something happened in the second bit and I really have no clue. Is there an actual circus?? Or just stuff that sounds loud like one??? Confusion
6. As you round the bend, Martha, you hear the crackling of flame and the popping of glass. The upstairs window that you spent much of your childhood daydreaming from bulges outward and shatters with a resounding crash, and the stoop where your mother always stood in the evening to greet you father groans as it folds in on itself.
My first thought was victorian romantic adventure story. With lots of drama but also maybe some rooftop chases (one's family home doesn't usually explode naturally after all). The destruction is fairly obviously being tied into a player's character and their backstory and being milked for all the melodrama you can get out of it.
7. The floorboards creak and groan despite the party's best efforts to stay stealthy. The incessant scuttling sound continues too. First in the wall. Then in the ceiling. Then down another wall, and finally to the floor beneath our feet. Cackling follows the scuttling, half a beat delayed.
Classic creepy foreboding as a threat closes in, combat (or something nasty) is most likely inevitable and imminent at this point, with the description merely being some nice terror buttered on top to give the upcoming encounter some oomph.
"A person hits a person."
- That same tired game master, probably.
8. Rewrite this, no sentence limit. The focus should be on a specific body part, the texture is meant to be visceral. You're drawing out the moment and making the hit meaty with impact.
'Your axehead bites into the swordsman's arm cleaving through tendon and muscles and hitting bone with a sickening wet sound. The swordsman twists round with the force of the blow and twists back as you wrench your axe out leaving their arm dangling limp and broken.'
9. Rewrite this, no sentence limit. The focus is on the person who hits, not the person who is being hit. The texture is something personal to the person who hits - you're framing this as an important moment for them as a character.
'The punch hits solidly and satisfactory, years of pent up anger releasing as you deck the scoundrel, leaving your knuckles stinging white. Serves the bastard right for what they did to your father.'
10. Rewrite this, no sentence limit. The focus is on the scenery, and the texture is one of bleakness. Whatever combat is happening is ultimately pointless, and you're trying to make sure the party knows it. Zoom out, make the fight less personalized, less meaningful. Distance your description.
'Two apes fight with crude flint axes. A pile of gut-pearls at their feet. Beyond them the corpse of a great starship half buried in the mountain side. And beyond and below that a barren expanse littered with ancient machine corpses. A triumphant yell and one of the apes falls to the ground dead. The other scoops up their meagre prize and notices you upon the ridge.`
11. Rewrite this, no sentence limit. The focus is on conveying facts. There should be as little texture as possible. It's the end of the session, everyone is tired, and while making this accurate is important, making it anything more would be a waste of time. You can see one of your players is already half asleep. You may want to rush his and call it a night.
'The martian thug stabs Pauli in the stomach, but not before she shoots him dead. Unfortunately his partner seems to have booked it and taken the briefcase too. Looks like you'll be patching up Pauli and chasing down the other thug next session.'
12. Rewrite this, no sentence limit. You are trying to focus on a pathetic target of the hit, but not like, an assault victim or anything serious. Tonally you're aiming for a slapstick character who is the butt of jokes, bad timing, and who keeps getting beat on.
'You slap the bureaucrat once across the face, then back the other way. The poor fellow jerks out of their panic only to fall backwards off their sedan chair and into a muddy puddle. They lay there for a minute then meekly wave you over, not bothering to get up.'
There we go, all done. Of course in actual play the answers would be a tad bit more disjointed and not flow as smoothly.
at March 14, 2021 No comments:

The reviewing comes forth once again.
Ice Lizard
★☆☆☆☆
The Firedrake's frosty counterpart. Pretty bland. Basically just a less powerful dragon with an ice theme.
Imorph
★★☆☆☆
A fun gimmick, it mimics its opponents shape and attack patterns, but only one at a time, so missed opportunity for it to split off into multiple sub-sections that mimic each player and one core. The organ that when eaten grants polymorph is sweet and a good incentive to interact with this creature. Could maybe use something give it more distinct visual appearance however. As well, what does this creature do? Is it a wizard experiment? Does it exist as part of ecosystems somehow? 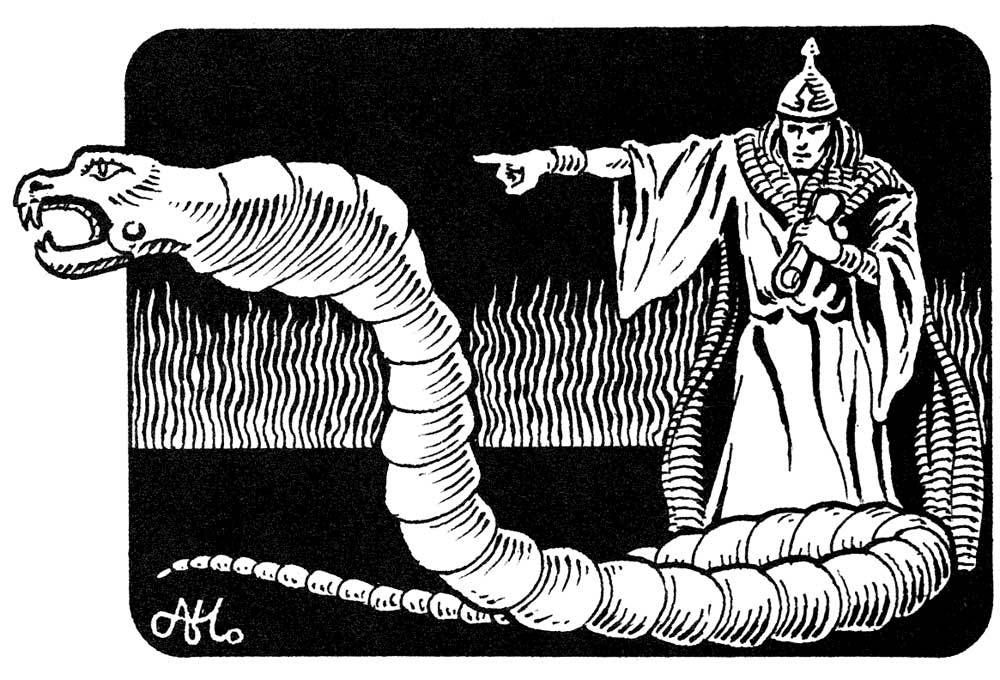 Iron Cobra
★★★★☆
I love this thing, its literally just a metal snake that does what you command and has some poisonous fangs but I love it anyway. A bit sparse in abilities that make it unique (the hidden compartment for poison is nice) but 'big magic robot snake' is a strong enough concept it stands on its own (at least to me, but Im biased because I like big magic robot snakes).
Jaculi
★★☆☆☆
Ehhh, they're snakes that leap at you? Not the worst of creatures but a bit bland. Could be spiced up with like, how people interact with them. Maybe they get used to make traps?
Jermlaine
★★★☆☆
These guys are pretty neat enough, tiny evil people who will beat you up and wreck mischief. Bane-midges is a delightful name also. However they don't really speak to me in anyway. So I guess Im pretty neutral on them. 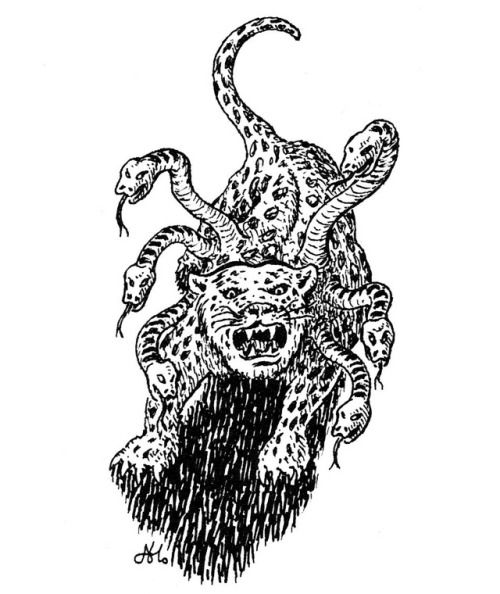 Kamadan
★★★★☆
Honestly this things pretty bitchin' even for how sparse it is. Sweet aesthetic, an interesting power (breath is a cone of sleep). But it does lack a certain je-ne-sais-quoi that would make it amazing. Namely it needs some motivations/behaviors/basically any kind of point for interaction that's not just combat. Maybe something that builds off of the sleep breathe. Does it kidnap people? Put them to sleep and eat their dreams?
Kelpie
★★★☆☆
A bit disappointing that they didn't play up the horse features but lump of seaweed that tries to lure you to your doom is fun enough. Some of that old 'evil sexy seductress stuff' and 'females' being immune (blech). The bit about kelpies perhaps having been created by a sea-lord angry that people did not pay proper respects is cool. 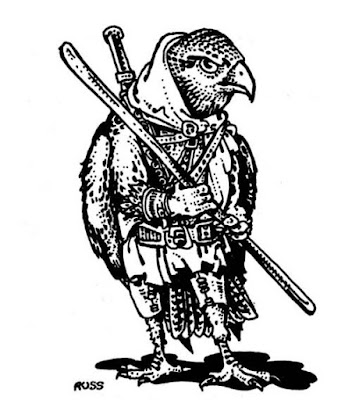 Kenku
★★★★★
Its interesting how much Kenku have changed since this original one which is described as having the head of a hawk and has a rather noble bearing (quite the difference from the scraggily crow things of nowadays). The bits concerning polymorph and disguise feel wonderfully appropriate for the Kenku, but the other spells fall a bit flat since they don't really tie into the theme very well. I love the detail about them freely giving out treasure that will crumble to dust later, not enough of that sort of thing. Stuff like the treasure and the disguising feel delightfully folkloric, though its muddled by the naturalist bent many of these entries take.
Khargra
★★★★☆
Sold if odd. Got a reason to interact (the guts full of precious metals) got a unique feature (eats metals and rock) and a fun aesthetic (leaps out of stone like a fish). Could use some more concrete points of interaction, and the design is... odd. But a good enough being even if I couldn't see myself using it anytime soon.
Killmoulis
★★★☆☆
Not particularly my cup of tea but not bad either. A good 'spirit negotiation' type problem for the players to solve. the detail about cat/dog antagonism is excellent, especially since it offers a route for the players to take in order to remove one if that situation would arise. 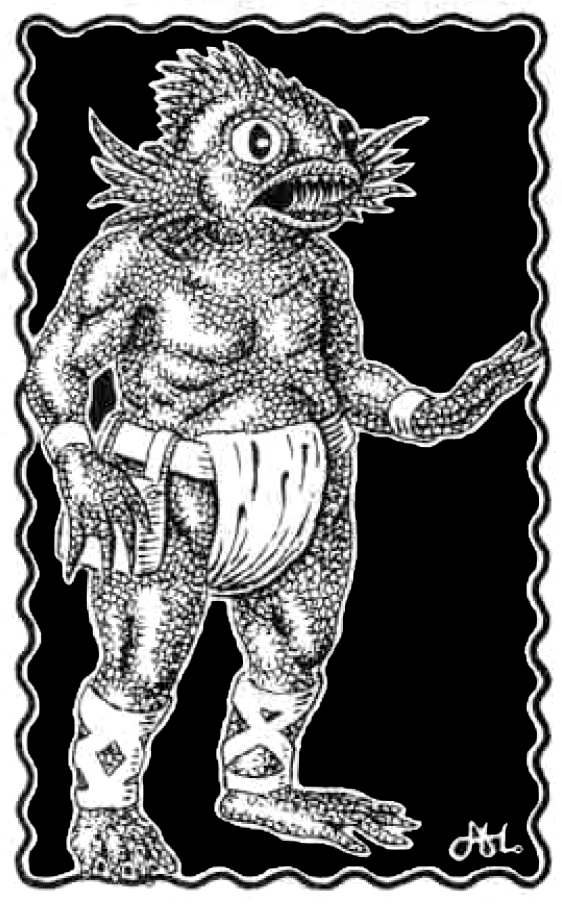 Kuo-Toa
★★★★★
Bestist. right up there with bullywugs. Love me some fish people. A bit iffy in areas (oh their naturally unstable and prone to insanity that's nice :I ) but underground fish people is such a strange & strong theme. I love the detail about them coating their shields with glue, and I utterly adore the bit about two kuo-toan priest's joining hands to shoot lighting, that's just mwah (I can't help but imagine it looks a bit like lightening bending from Avatar with the wide stance and pointing fingers). My biggest criticism is that there's lots of bloat and meaningless details (like the random table of strength scores ???). But their a soldi and fun concept to work with.
Lamia Noble
★★☆☆☆
Meh, people with the lower body of a snake. Could be very evocative and cool in the right hands. But with just the text in this entry they're pretty boring. However I'm partial to snake people and I think they could be turned into something delightful with some work.
Lava Children
★★☆☆☆
A pretty good aesthetic but like many of these entries lacking in strong hooks besides 'fight it'. The detail about just ignoring metal is good.
Lizard King
★★★★☆
L I Z A R D  K I N G
K I N G  L I Z A R D
They've got a trident and they mean to use it.
All Hail The Lizard King
That is all. Further reviewing in progress.
at March 12, 2021 No comments: