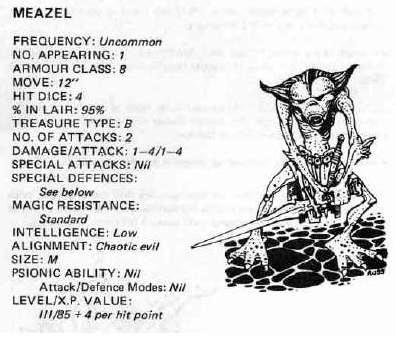 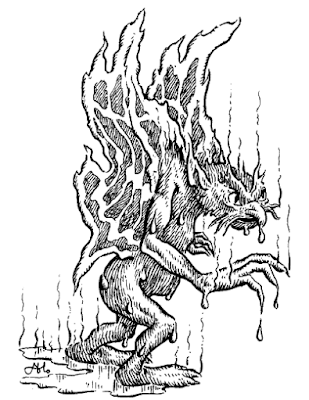 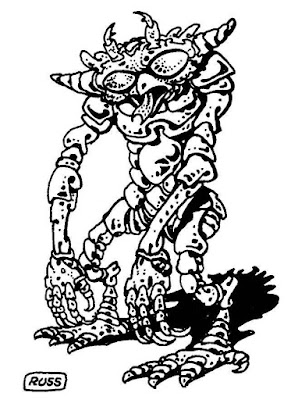 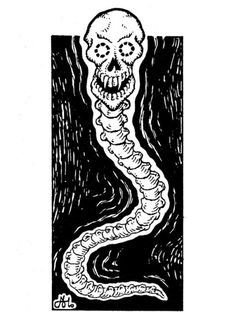 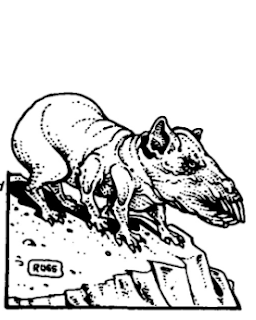 Quipper
★★☆☆☆
I kinda like these things for some reason, they have a good name. But otherwise they're pretty bland, bitey fish. Meh.
Qullan
★☆☆☆☆
Insane naked savages (implied to be inhuman as well by the text) who do nothing but attack on sight are... not great to put it lightly :I The confusion ability is kinda of neat, might steal that and build some kind of special magically cursed warrior out of it. Otherwise I'll pass on this one.
Slowly, we are inching towards the end.
at May 30, 2021